Except for maize farmers, an average person may not be able to tell the dissimilarity between the various kinds of corn by mere observing them growing in the field. He or she may think all corn is the same, but it’s definitely not. There are basically four kinds of maize and each possesses its distinctive qualities and uses.  You can’t pop sweet corn and you wouldn’t want to eat boiled field corn. 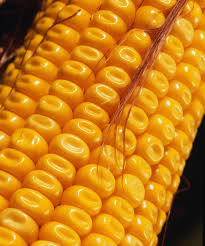 Dent corn, also called field corn, is the most widely grown corn in the U.S. The grain contains soft starch granules which are less densely packed than in other types of maize. It has either a yellow or white grain and It is used primarily for livestock feed. It is also used in some food products and It contains a mix of hard and soft starches that become indented once the corn is dried, thus the name “dent” corn. The most popular varieties of Dent Maize are TZB (FARZ – 34), TZB (FARZ -27 and 096EP6) (FARZ – 23). 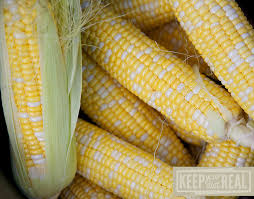 The floury maize seed (or grain) consists largely of soft starch which is surrounded by a layer under the pericarp. This maize is grown mainly in the most southern parts of Nigeria. Some varieties are-. Lagos White, Bende Local, Ikom White and Akwete Local, all of which are used in the breeding programmes in Nigeria. 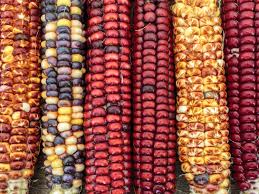 Flint corn, also known as Indian corn, is similar to dent corn.  It has a hard outer shell and is distinguished by a wide range of colours. This variety has very little soft starch in its grain (unlike Dent corn). Some varieties of this maize are NS-1, Diacol-V-153 and Samaru 123. It is grown mostly in Central and South America and used primarily for decoration in North America around harvest time. 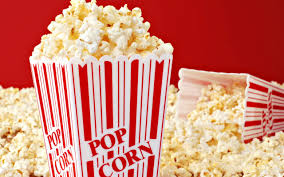 Popcorn is a kind of flint corn but has its own size, shape, starch level and moisture content.  It has a rigid external shell and a soft starchy center.  It has small kernels (grains) on a small ear. It is fried in oil to make. The starch granules are enclosed in a very tough and elastic membrane. When heated the tough membrane resists steam pressure until it explodes. When heated, the natural moisture inside the kernel turns to steam and builds up enough pressure that it eventually explodes.  Other types of dried corn may burst open slightly when heated, but not like popcorn.  Popcorn is unique in its taste. 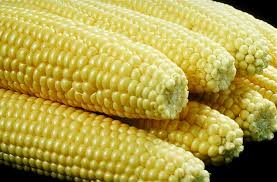 Sweet corn, or “corn on the cob,” is almost all soft starch and will never pop.  It contains more sugar than other types of corn. This is valued for its sweet flavour. This variety has a much higher sugar content than all the other types, and it is usually boiled or canned. Unlike other corns that are picked when the kernels are dry and mature, sweet corn is picked and eaten while the ears are in the immature milk stage and the kernels are tender.