Cocoa is in fact the great super-food that many people seek. Because of its miraculous nature, it makes other so-called super-fruits pale in comparison. Cocoa is a titan of health benefits, the likes of which humanity has never known. It is the profound medicine that scientists and researchers toil to discover. It would be hailed as the greatest medicine of all time if it had been a pharmaceutical drug, and its discoverer would reap the Nobel prize in Medicine. Cocoa is all of that. Cocoa is right out in the open, more protective than any other food, and more powerful than any medicine ever devised.

The coverings of cocoa pods and the pulp, around the beans and the cocoa bean shells can be used to make other cocoa products. Some examples of these are:

Pectin for jam and marmalade is extracted from the sweatings by precipitation with alcohol, followed by distillation and recycling of the alcohol in further extractions.

Cocoa bean shells can be used as organic mulch and soil conditioner for the garden.

As pelletised dry 100% cocoa pod husk, it can be used as an animal feed. The animal feed is produced by first slicing the fresh cocoa husks into small flakes and then partially drying the flakes, followed by mincing and pelleting and drying of the pellets.

Production of soft drinks and alcohol

In the preparation of soft drinks, fresh cocoa pulp juice (sweatings) is collected, sterilised and bottled. For the production of alcoholic drinks, such as brandy, the fresh juice is boiled, cooled and fermented with yeast. After 4 days of fermentation the alcohol is distilled.

Cocoa pod husk ash is used mainly for soft soap manufacture. It may also be used as fertiliser for cocoa, vegetables, and food crops. To prepare the ash, fresh husks are spread out in the open to dry for one to two weeks. The dried husks are then incinerated in ash kiln.

Once the beans have been fermented and dried, they can be processed to produce a variety of products. These products include: 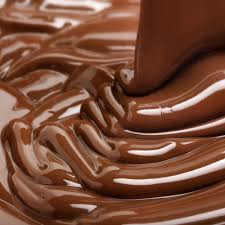 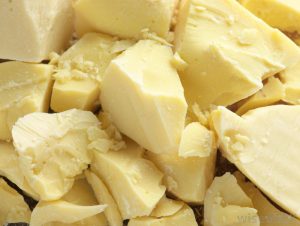 Cocoa butter is used in the manufacture of chocolate. It is also widely used in cosmetic products such as moisturising creams and soaps.